Portimão is the 2019 European City of Sport

Home » News » Portimão is the 2019 European City of Sport

Sports fans can enjoy a vast array of events this year 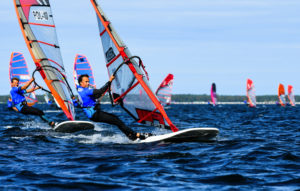 Our neighbouring city Portimão has found its place on the map and will be hosting hundreds of sporting events to honour their European City of Sport status. Earlier this year, the opening event attracted over 4,000 people along with several of Portugal’s most iconic athletes, including former Olympic champion Rosa Mota, who is one of the ambassadors of the project; world champion motorcyclist Miguel Praia; and windsurfer Miguel Martinho. Paralympic athlete Jorge Pina, sailors Luís Brito and Beatriz Gago, surfers Frederico Magalhães, Francisco Canelas, João Bracourt and Gustavo Gouveia and taekwondo fighter Rafaela Araújo were also in attendance.

One of the highlights of the event was the “biggest video-mapping event that has ever been held in Portugal”. For those who might not know, video mapping is a way of projecting imagery onto a surface, making virtually any object into a screen. “We want the people of Portimão to see regular physical activity as a benefit to their health and wellbeing so that they will be happier in the town they live in,” said mayoress, Isilda Gomes. “Portimão is synonymous with sports and has every chance to be so even more.” 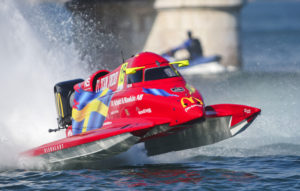 This year, Portimão will be hosting over 600 sports event and welcoming around 40,000 athletes. The first big event took place on February 20, when the town hosted a stage of the ‘Volta ao Algarve’ cycling competition, which also passed through Carvoeiro on February 22. Between April 20 and May 5, the town will be hosting the Windsurfing World Championships, and the European Ultimate Frisbee Championship will be held from May 6 to 11 around the same time as the Open de Portugal golf tournament (May 9-12) at Morgado. A few days later, the town will host the UIM F1H2O World Championship, the world’s most important powerboat competition (May 17-19).

There are free sporting events all year long in the Algarve, where fun runs are becoming popular, and the local councils are creating recreational parks for people to go outside and get fit. You will find a good example of one of these in Lagoa, where they have constructed a running track around an exercise course beside the roundabout, next to Jumbo supermarket. The Fontes in Estômbar also has an open-air fitness course that is open and free to use all year long.