Held every two years, the Fine Wines & Food Fair, currently the biggest gastronomic event in the Algarve, will return to Vila Vita Parc, in Porches, from May 5 to 13 for the fourth time. 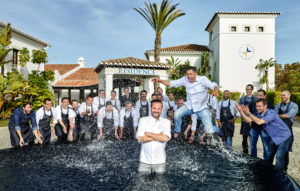 Living up to its name,  the fair pairs the finest culinary creations from renowned national and international chefs with the best wines and producers, all under the same roof. For visitors, this is a chance to come face to face with countless chefs and oenologists during the event, which will end, as is now tradition, with the extraordinary Kitchen Party. This year, the party will be on May 11, for over 500 people, with chefs invited from all over the world along with international wine producers.

The event begins on May 5 with a fun lunch — a traditional Portuguese assado (barbecue) — at Herdade dos Grous, in the Alentejo (owned by the same group as Vila Vita Parc) and, on May 7, Atlântico restaurant will host the Vila Vita All-Stars Night. 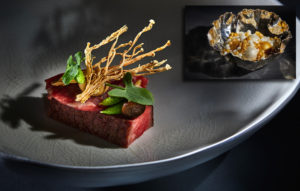 As for wine producers and sommeliers, the fair will welcome Luís Duarte representing the home teams of Herdade dos Grous and Quinta do Valbom; the master sommelier from Dinner by Heston Blumenthal, Stefan Neumann; Vincent Gerardin, who produces his namesake wines in Burgundy, France; Sandra Tavares da Silva from Quinta da Chocapalha; and Hans Reisetbauer from the Austrian distillery bearing his last name; among many other well-known names in the wine world.

Over the years, the event has received more than 60 award-winning chefs from the Michelin Guide, The World’s 50 Best Restaurants by San Pellegrino, the Gault et Millau Guide and the survey lists from Opinionated About Dining, as well as the best oenologists and high-end suppliers of wine, spirits, champagnes, cocktails and cigars.