The Lagoa gallery introduces some of its new artists

When you pass the Adega Cooperativa de Lagoa, you could easily not realise that there’s a fascinating art gallery housed inside the working wine co-op. The space is vast, with an industrial-urban vibe that would be more common in a big city than opposite the bus station in Lagoa. 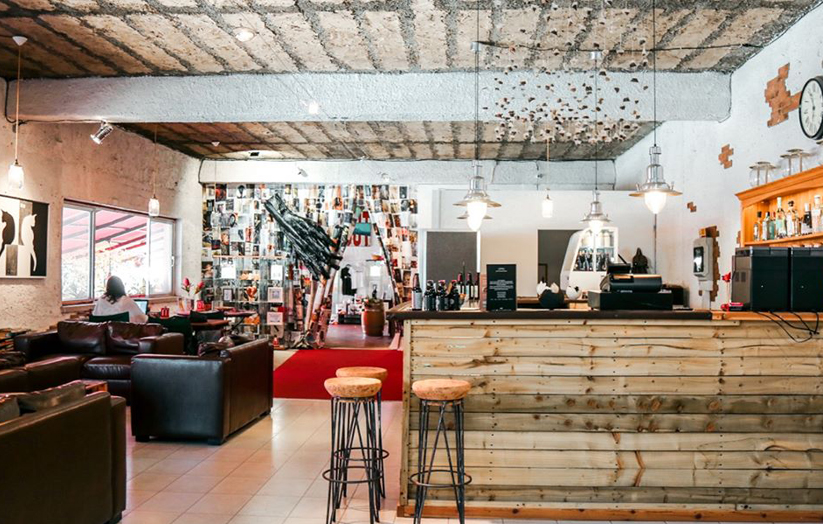 The Lady in Red (LiR) gallery hosts a fabulous range of local, national and international artists, all year round, from large installations as well as smaller, take-home pieces (they can also arrange shipping and delivery). The exhibition centre is perched above the bottling and processing part of the co-op, its runways and corridors giving a bird’s-eye view of the action below, making for a unique ambience. There’s a mixture of sculptures, paintings and ceramics in spacious displays with excellent lighting to show everything at its very best.

The industrial and distressed walls give a dramatic background for the art, with some pieces almost appearing to float in mid-air. This is a venue that is well worth a visit, so allow yourself some time to take it all in, as there’s a lot to see. Entering the main gallery area, there’s a welcoming Lounge Bar area with comfy sofas to relax on, as well as a sunny terrace at the front. As you might have gathered, this is not your usual Lagoa hangout; here you can enjoy Teapigs teas, Caffe Praego or Surf Brewing craft beer — brands that exhibit sustainability, charity and flavour and match their ethos.

As an events venue, LiR is quite different. The artwork mixed with the industrial surroundings of the co-op, which has a long tradition in the region, create a very distinct ambience, as unique as the art itself. This is a vast space with a stage and seating area for live or streamed performances and presentations. Live music and productions also take place throughout the year. For 2020, LiR has welcomed a series of new artists into their fold, with the most varied background and style.

Born and raised in the quiet fishing village of Olhão, painter and sculptor Pedro Águas has an academic background in Visual Arts from the University of the Algarve. His work seeks freedom from the demands of logic and dives beyond everyday consciousness. Águas attempts to overcome the contradiction between objectivity and subjectivity, providing a poetic hallucination, an expansion of consciousness. With his clay head sculptures, he explores our unconscious and dreams, where anything is possible.

British painter Jessica Dunn has lived and worked in the Algarve for over 20 years. Following her Art studies at Kingston Polytechnic, in London, she moved to southern Portugal, where she loves taking advantage of the ever-present sunlight. Through the layering of tones, colours and texture, our eyes are drawn into a world of reflection, tranquillity and timelessness featured in her work. 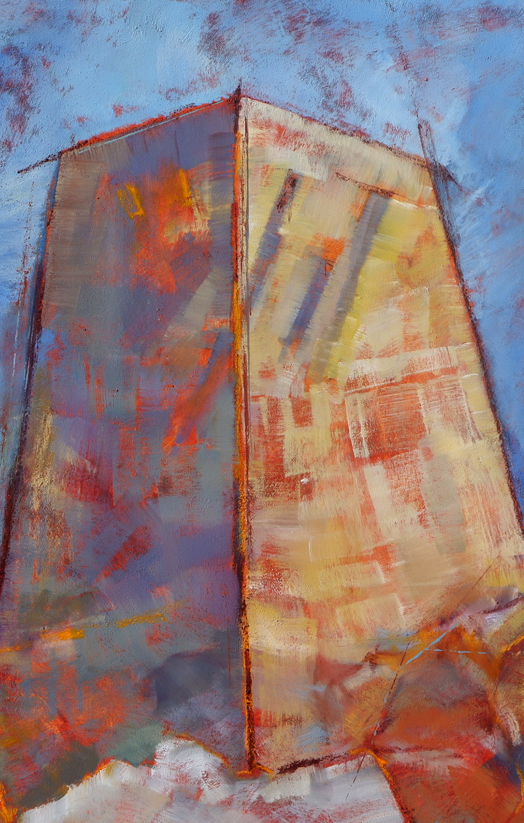 With a degree in Painting from the College of Fine Arts of the University of Lisbon, Inês Barracha is a visual artist who combines her fine-arts skills with various fields of design and multimedia. After three years in England studying and working in the area of 3D digital animation, she was invited to teach several subjects in higher and technical courses in Design, Multimedia, Animated Image and Illustration, which brought her back to Portugal. She now works with the MODO project — a neo-rural space that promotes artistic experimentation and training in various creative areas. Barracha has been developing community projects, partnerships, collaborations and other works that have been expanding the MODO concept nationally and internationally.

Lisbon-based artist Bebeko is originally from Montreal, Canada. Born Kenya Saint-Lôt and of Portuguese and African descent, she moved to Portugal last year to pursue her dream to be a full-time artist. The self-taught painter decided to use the pseudonym Bebeko for her artwork as a tribute to the childhood nickname that her father gave her. Her abstract painting style reflects her compulsive energy — when she paints, she trusts the guidance of her intuition; it’s her way to listen to her own inner voice. 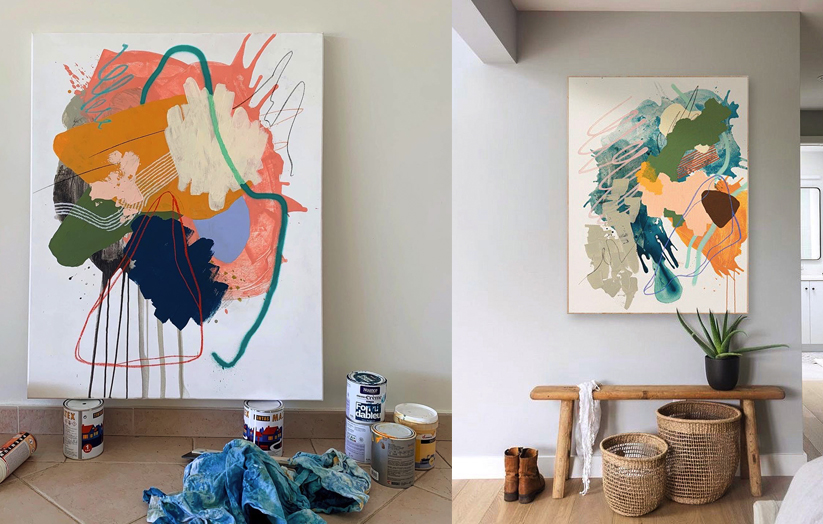 Born in Porto, Helena de Medeiros graduated from London Fashion School and the ESAD School of Arts and Design, in Matosinhos. Her work as a costume designer is dedicated mainly to contemporary ballet but also cinema, theatre and opera. She has collaborated with great choreographers such as Gradimir Pankov, Iracity Cardoso, Mauro Bigonzetti, or Xin Peng Wang. She also has a parallel career as a painter, having displayed her work since 1990 in solo exhibitions around the world. Helena’s paintings establish an essential dialogue with her work as a costume designer. 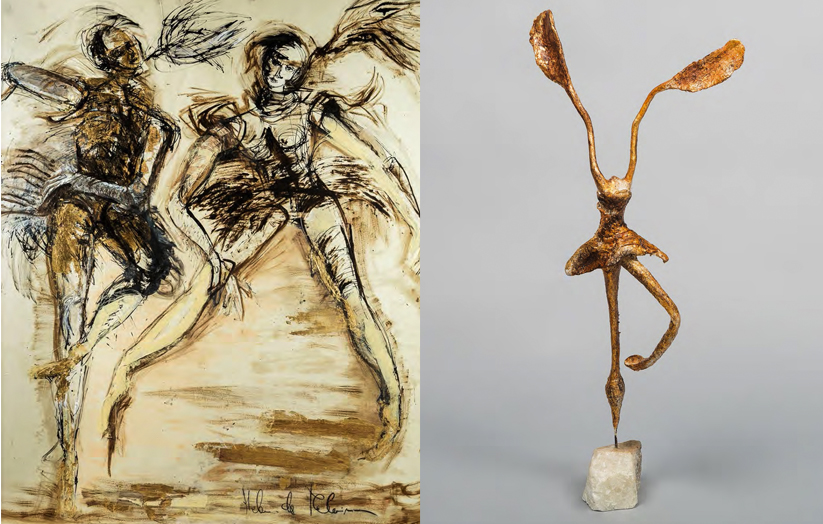 Finally, Rita Pereira is a Portuguese artist based in Lagos, where she is a resident artist at Laboratório de Atividades Criativas (LAC). In 2009, she began her studies in Sculpture at Lisbon’s Fine Arts School and, in 2010, she also pursued Equipment Design, graduating in 2013, followed by a master’s degree in Product Design at the School of Arts and Design in Caldas da Rainha. The pieces on display in the Lady in Red Gallery are smaller than her usual large and often imposing works. Here, you’ll find a selection of small, one-of-a-kind stone carvings with blown glass decanters. 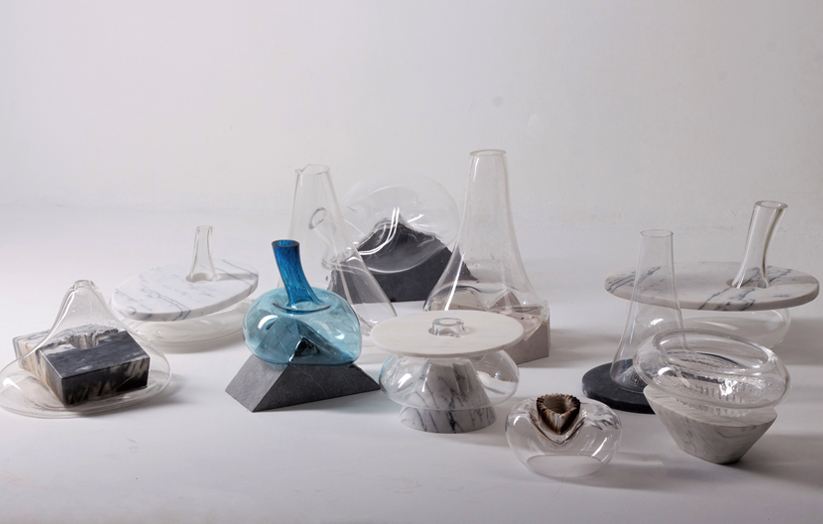 LiR is currently open Monday to Sunday from 12pm-5pm but times may vary (mask is mandatory). Entry is free.